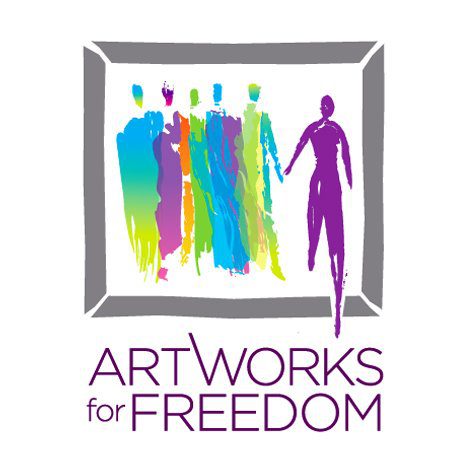 As a photographer, I became aware of human trafficking for the first time in 2005 during an assignment for the State Department. I photographed sex tourists with young Thai girls and boys on their arms; whole families in India trapped by debt bondage in brickworks or at carpet and sari looms; runaways begging—or soliciting—on the streets; and children sold to fishing villages or cocoa plantations in Ghana. I heard stories of physical, psychological and emotional trauma from people who had been tricked, manipulated and brutalized on a daily basis by pimps, factory owners and even private employers. Each story was worse than the one before.
I felt compelled to do something, and since we can only do what we know best, I began to photograph and speak with victims. The more I learned, the more important it became to make photographs that expose the horrors of modern day slavery while dignifying the exploited individuals. I developed a visually compelling, innovative approach that uses the survivors’ stories as the starting point, without showing them in the pictures. These non-representational, collaged and layered images thus protect individual identity while conveying something of the experience of being enslaved—a world of deception, betrayal, violence, fear, powerlessness, courage and hope.

Even though we can’t really know what it’s like to be trafficked, there are emotions we can all relate to on some level: that’s the power of art, to transform how we think about this great injustice and to move us to take action against it.

I started ArtWorks for Freedom as a platform to tell the stories of modern day slavery, arguably the biggest human rights challenge of our time. What makes us unique is that we’re doing it through art—deploying all forms of artistic expression in order to build awareness, inspire anti-trafficking action and give voice to survivors. Our arts portfolio consists of works by an international coalition of artist-activists whose creativity and imagination provide new ways of thinking about this dark societal problem.

And it’s not just an international problem, it’s happening in communities across the United States. This includes runaway teenage children forced into prostitution, enslaved migrant farm workers unable to walk away from exploitative situations because of debt or lack of documentation, and nannies or housekeepers kept isolated in private homes, working around the clock for a pittance of what they were promised. The signs are all around us, but we need to know what to look for.

To draw attention to what’s going on in our own backyard, ArtWorks for Freedom recently launched its first US awareness campaign in Jacksonville, Florida, which ranks third in the United States for reported incidents of human trafficking. Through a variety of arts-based events, this citywide, month-long campaign is designed to educate people about the signs and what they can do. Families can hear actual survivor narratives at our outdoor photography exhibit Bought & Sold: Voices of Human Trafficking, learn about the five stages of trafficking by participating in a theater performance, attend dance performances, film screenings and learn from renowned speakers. A full listing of scheduled events is available here.

Kay Chernush is an award-winning photographer based in the Washington DC area. Her assignments and interests have taken her all over the world for US and international magazines, Fortune 500 corporations and both nonprofit and governmental agencies. Her fine art work includes an exploration of prejudice and empathy, “The Us & The They,” and a series of self-portraits entitled “Self-Examination,” a meditation in words and images of her experience with breast cancer.

ArtWorks for Freedom (AWFF) is a 501 ©3 nonprofit organization whose mission is to use the power of art in the fight against modern slavery and human trafficking.  It seeks to transform public attitudes, inspire anti-trafficking action and give voice to survivors. Through global partnerships with governments, human rights organizations and the private sector, AWFF deploys art in its many forms to catalyze popular movement against this crime against humanity, ultimately contributing to its eradication.

What’s in Your Chocolate this Halloween?
Rating State Efforts to Combat Child Sex Trafficking - A Review of the 2017 Protected Innocence Chal...
Safe Harbor: Does Your State Arrest Minors for Prostitution?
Sustained Effort to Eliminate Child Slavery