In the aftermath of the earthquakes in Nepal in April and May, social media was flooded with people raising money for various relief efforts, including children’s care homes, disaster relief operations, and volunteer assistance trips to child orphanages in Nepal. While well intentioned, many failed to realize the true impact their volunteering or donations to children’s care homes post-earthquake might have as child care homes in Nepal come under scrutiny for their possible links to child exploitation and child trafficking. 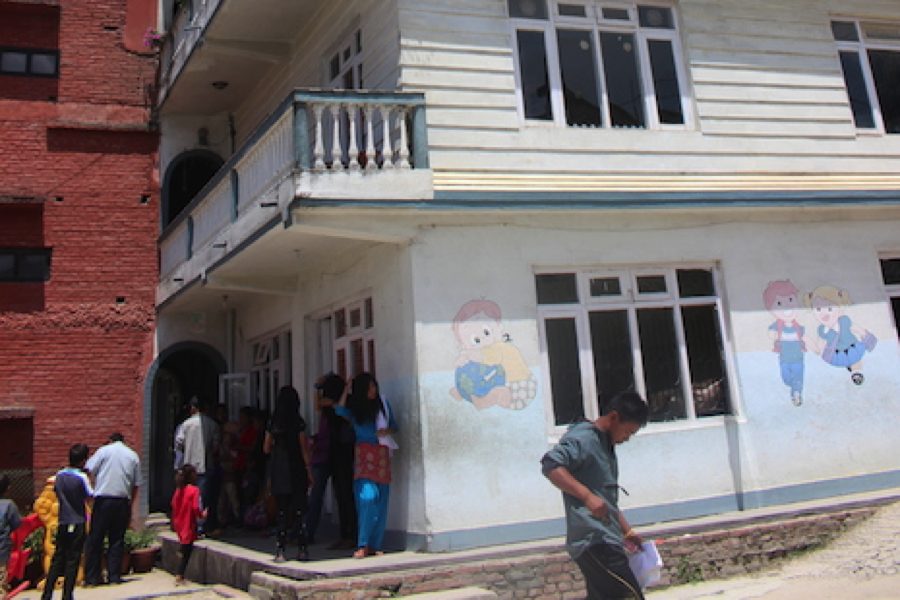 Prior to the earthquake, the institutionalization of children in Nepal had been on the rise with approximately 15,000 children living in various types of children’s care homes, despite over 85 percent of these children having at least one living parent. It is likely that these figures would have been much higher had the figure included the many unregistered and illegal children’s care homes that are operated throughout Nepal.

Children’s homes are a relatively new phenomenon in Nepal, mostly stemming from the country’s decade long Maoist conflict, which ended in 2006. During this time, many parents sent their children to Nepal’s capital city, Kathmandu, for what they believed would be modern schools and safe living conditions. Instead, the children were often taken to poorly maintained or funded children’s care home where their identities or records were falsified or destroyed making them “paper orphans.” With this process, traffickers made huge amounts of money from not only the poor families in remote villages, but also well-meaning foreigners who believed they were adopting, assisting, or volunteering with “true orphans.” Several investigations uncovered corruption and fraud concerning the operations of such homes and the reports of child neglect. Many Western governments began suspending international adoptions in 2010, and most countries have kept these bans in place.

The links between child exploitation and trafficking and the child care volunteer industry continue to thrive as approximately 90 percent of all children’s care homes are located in the five main tourist districts (Kathmandu, Lalitpur, Bhaktapur, Kaski, and Chitwan). Next Generation Nepal, an International Government Organization in Nepal, has “received reports of orphanage managers in Nepal asking traffickers to ‘bring them children’ specifically because they have foreign donors willing to support their children’s home.”

Since the earthquakes, there have been concerns about increases in child exploitation and trafficking. In an effort to address the problem, in late May, the Nepali government banned children under the age of 16 from travelling without family or guardians and suspended the registration of new children’s care homes. Additionally current children’s care homes were prohibited from receiving new children without government approval. Working together with the Government of Nepal, UNICEF also immediately launched campaign aimed at preventing trafficking, which also specifically addressed the issue of “orphanage voluntourism.” However, since the earthquake “at least 245 children have been intercepted from being trafficked and unnecessarily or illegally placed in children’s care homes”.

The situation on the ground in Nepal relating to relief efforts and the links to child exploitation is still ongoing. It is vital to continue to remind volunteers that while many orphanage and child home volunteer efforts may seem well-intentioned, it is necessary to consider whether such efforts are inadvertently causing hardship to children. The abuses and cases of child trafficking stemming from the earthquakes demonstrate the need for greater awareness on issues surrounding orphanage and child home voluntourism. To this end, some organizations have begun to develop initiatives to educate and raise awareness of these problems. In the future, if planning to donate resources or time to disaster relief efforts, remember to think strategically and act responsibly.

Kathryn Johnson is a lawyer and international rule of law and human rights expert consultant based in Nepal and Pakistan. She currently serves as the International Legal Adviser for the Asian Centre for Human Rights in New Delhi.

Sustained Effort to Eliminate Child Slavery
What’s in Your Chocolate this Halloween?
Part 8: What to Do if you Think your Teen has been Approached by a Pimp or Trafficker
Part 7: Do you Know Who your Kids Are Chatting With? Why Online Safety Matters