The Moment of Truth for the Global Seafood Industry

On September 30, the U.S. Department of Labor (DOL) announced that fish harvested by the distant water fishing (DWF) fleets of Taiwan and China Mainland were added to its 2020 List of Goods Produced by Child Labor or Forced Labor (List). The addition of Taiwan and China Mainland is significant. It marks the first time DOL has listed DWF fleets for forced labor in international waters and it is the first time Taiwan or China Mainland have been put on the List for forced labor in their fishing industries.

Combined, Taiwan and China Mainland make up 60% of global distant water fishing effort (fishing on the high seas and exclusive economic zones of other countries) and produce a substantial amount of seafood processed in Southeast Asia and sold in the U.S., E.U. and Japan. From high-end restaurants in New York City selling sashimi to local grocers in San Diego stocking Bumble Bee canned tuna, Taiwanese and Chinese-caught fish can be found in all corners of America. DOL’s finding that forced labor is prevalent, not isolated in those DWF fleets, and the lack of human rights due diligence on the vast majority of those vessels, means it is highly probable tainted seafood is being sold to hundreds of millions of Americans today.

How did we end up here and how long have American companies known the seafood they sell to us is likely the product of forced labor? While forced labor in the Chinese DWF fleet has only recently received international attention, NGOs, trade unions, and international media have reported on forced labor in the Taiwanese DWF fleet for many years. Reports by the Apostleship of the Sea in Taiwan, an agency of the Catholic Church, date back nearly 20 years. In 2012, U.N. agencies became aware of the trafficking of hundreds and possibly up to 1,000 Cambodian migrant fishers into the Taiwanese and Chinese DWF industries. The “Giant Ocean” case was the largest human trafficking case in modern Cambodian history and numerous Taiwanese seafood companies and recruitment agencies were implicated in the horrendous crime. In recent years, Greenpeace East Asia and Greenpeace Southeast Asia have documented numerous incidents of forced labor and other serious human rights abuses in Taiwan’s DWF fleet. Yet, despite all of this evidence and warning signs, American companies largely failed to act. They treated the cases as individual anomalies, rather than the result of a system designed to exploit people for the profit of Taiwanese fishing companies and their American business partners. 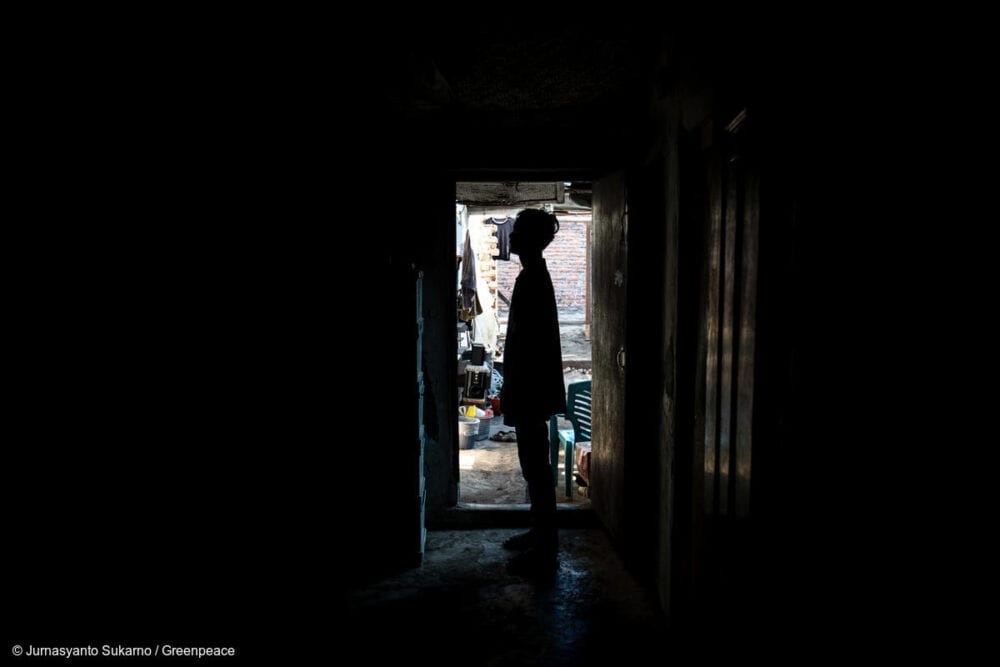 Last June, Greenpeace USA contacted DOL and asked why Taiwan-caught tuna was never put on the List despite strong evidence showing forced labor has been pervasive in its DWF fleet for years. After 15 months of engagement, including numerous emails, calls, a joint letter to DOL by human rights and environmental NGOs, trade unions, and businesses, a high-level meeting in D.C., and an official submission on Taiwan by Greenpeace USA, DOL in its 2020 report made clear that all seafood regardless of where it is harvested could be put on the List for forced labor and the flag State (where the vessel is registered) is responsible for the crime when it is committed on the high seas.

The impact of the List is already being felt in Taiwan where high-level government statements were issued and a major DWF fishing industry leader threatened to sue the organization that made a submission to DOL (Greenpeace) if Taiwanese-caught seafood is banned in the U.S. The public is outraged at the government and DWF industry for bringing shame to Taiwan and influential media are calling for an end to this problem once and for all.

The addition of Taiwanese and Chinese-caught fish to the List brings serious legal implications for those fleets and the U.S. companies that source from them. As one of the most authoritative sources on high-risk sectors around the world, Taiwan and China Mainland’s listing is an official notice to all companies that forced labor in those sectors is pervasive. Companies that once ignored repeated allegations of forced labor in the Taiwanese fleet can no longer claim they did not know of the systemic and widespread abuses. U.S. laws such as the Tariff Act and the Trafficking Victims Protection Reauthorization Act aim to deter the trade of forced labor-produced goods and prevent American companies from financially benefiting from forced or trafficked labor in their global supply chains. U.S. Customs (CBP) and the Department of Justice have committed to greater enforcement of these laws and the List is an important factor in CBP’s prioritization and evaluation of forced labor cases.

While the addition of Taiwan and China Mainland to the List is a significant milestone in the long arc to global justice, much more remains to be done in the coming months and years. Overfishing and illegal, unreported, and unregulated (IUU) fishing are root causes of forced labor in Taiwan’s DWF industry and environmental reforms are needed alongside labor reforms if Taiwan is serious about ending the abuses. Large, unsustainable fishing quotas and the lucrative shark fin trade, among other factors, can incentivize IUU fishing and motivate fishing vessel operators to stay out at sea for months to years at a time catching as much fish as they can. It is no surprise that exploited migrant fishers frequently report 18-22 hours of work daily with little rest, withheld wages and debt bondage, and physical violence perpetrated by the captain or boatswain to instill fear in the crew and keep them working. To end forced labor, Taiwan must also curb shark finning, severely restrict or end transshipment at sea, ensure 100% observer coverage on all its fishing vessels, and proactively advocate for Regional Fisheries Management Organizations to truly take an ecosystem based approach in its allocation of fishing quotas to the DWF powers of the world.

While NGOs and trade unions in the U.S., Europe, Taiwan, and Indonesia will continue to demand structural reforms and significant improvements before Taiwan-caught fish is removed from the List, American consumers and businesses also have a vital role to play in transforming Taiwan’s DWF industry. American companies such as Bumble Bee, Walmart, and Costco have proven to be the laggards of industry in the face of rampant forced labor in the Taiwanese fleet which they source from extensively. All businesses that buy and sell seafood must assure American consumers they are not profiting from and perpetuating forced labor in Taiwan’s DWF industry. They can start by urging the Taiwanese government to enact key social and environmental reforms, and making significant improvements in their human rights and sustainability policies and practices. Over 20,000 Greenpeace supporters have called on Bumble Bee to take four immediate steps that would significantly reduce the risk of selling forced labor-produced tuna to American consumers. Instead of taking responsibility as a major American brand, it has chosen to hide behind FCF, its Taiwanese parent company. A people-powered social and environmental movement is needed to demand legal, ethical, and sustainable seafood as the only option for Americans who choose to eat seafood.

The moment of truth has arrived for American companies that have long profited from the forced labor of migrant fishers and the overfishing and IUU fishing that drive their exploitation. Years from now, we may remember September 30 as the day the global seafood industry took a hard look in the mirror and decided major changes had to be made to end the human suffering and environmental destruction it has caused for decades. Or it may be just a trifle moment in the long history of human exploitation and environmental degradation at the rotten core of American racial capitalism and the global seafood trade. Which shall it be?

Can Myanmar’s Libraries Help Combat Human Trafficking?
Donating to Anti-Trafficking Organizations
Preventing Goods Made with Forced Labor from Entering the United States
Is Prison Labor Hiding in Your Portfolio?