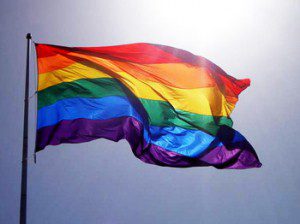 There is a disproportionate number of lesbian, gay, bisexual and transgender (LGBT) youth in the commercially sexually exploited population. The majority of US based organizations working with this population attribute this to the high levels of homelessness among LGBT youth. Forty-six percent of homeless LGBT youth report running away from home due to family rejection of their sexual orientation and 17 percent ended up on the streets after they aged out of the foster care system. Spending time on the streets as a vulnerable young person can have dire consequences and within 48 hours of running away, 1 in 3 homeless youth will be recruited by a trafficker into commercial sexual exploitation.
LGBT Youth and Victimization
The sad reality is that due to their sexual orientation many LGBT youth are routinely victimized not only by their peers but by their own family members. LGBT youth who face discrimination, name-calling and abuse in their childhood are more likely to have low self-esteem and higher rates of mental health problems. Traffickers are known to prey on the financially destitute, the young and vulnerable and those with previous experiences of abuse. LGBT youth run away from home to escape abuse and bullying yet too often find themselves in the exact same position on the streets. Once homeless, LGBT youth are at higher risk for victimization and unsafe sexual practices. A startling 58.7 percent of LGBT homeless youth have been sexually victimized compared to 33.4 percent of hetrosexual homeless youth. The Center for American Progress put out a report indicating that young men who have sex with men (gay or bisexual youth) are more likely to be forced into prostitution than any other youth population. This becomes apparent when looking at arrest statistics where one percent of heterosexual boys are detained for prostitution compared with 10 percent of their gay or bisexual peers.

LGBT Youth and Survival Sex
Many times the LGBT youth’s entry into commercial sexual exploitation begins with survival sex or the exchange of sexual favors for basic needs like food, shelter or clothing. A study in Canada found that youth who identify as LGBT were three times as likely to engage in survival sex than their heterosexual peers. The main reason cited for agreeing to survival sex is to have a bed to sleep in for the night. Engaging in risky behavior like survival sex can lead to violence, rape and commercial sexual exploitation. LGBT youth are roughly 7.4 times more likely to experience acts of sexual violence than heterosexual homeless youth. It’s far too common that survival sex for the night turns into confinement and the LGBT youth is forced into commercial sex trafficking. Often controlled by fear, drugs or alcohol and low self -esteem, the LGBT youth who left home looking for love and acceptance find themselves caught in the vicious cycle of sex trafficking.

It is the New Year: Reflections and Projections
Where the Crossroads of Abuse Meet: Domestic Violence and Trafficking
Life After Human Trafficking
Indigenous People: Colonization, Forced Assimilation, and Sex Trafficking