Camel Jockeys in the UAE 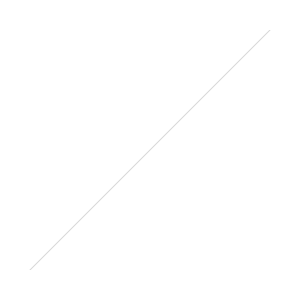 Impoverished families from Pakistan, Sudan, Mauritania, India and Bangladesh sell their sons to work as jockeys in the lucrative camel races in the United Arab Emirates. Boys as young as three years old are sold to buyers who promise the parents a better life for their child in the UAE. In reality the children are smuggled into the emirates to spend their youth being abused, malnourished and molded into the perfect camel jockey. In 2002, the UAE banned the use of underage children in camel racing, yet most human rights groups believe that foreign children are still widely used for most races.

Mental, Physical and Sexual Abuse
Although banned for over a decade, the camel racing profession is still home to an estimated 3,000 children. Living in slave-like conditions, the children are starved to make sure they weigh less than 20 kg (44 lbs) since the light weight helps the camel run faster. The young boys are left exposed to the elements as they are forced to sleep next to the camels at night and without the proper shoes, many burn their feet in the hot desert sand. The young camel jockeys, many not even old enough to be in grade school, tell stories of being beaten for not understanding Arabic, given electric shocks for being “overweight” and rampant sexual abuse by the camel trainers. The extreme physical and emotional abuse at such a young age has dire consequences for the little boys who are usually discarded once they get older and can’t stay within the weight requirements.

Disposable Children
Little boys are trafficked into the UAE as camel jockeys because their upkeep is cheap and they are too young to know their rights or protest their living conditions. Once the child gets too old to be of use to the camel trainers, he is usually sent back to his parents who have been collecting a small sum of money each month from the camel trainers. Yet the children that return home are deeply disturbed by the trauma they have experienced. Many times the parents of the young boys return them to the UAE to work on farms or as laborers for the camel trainers as there is no work for them in their home countries or money to attend school. UNICEF began working in Pakistan in 2005, repatriating children and providing them with vocational training so they can make a successful transition back home. Raised among camels and camel trainers means that many of these young boys have never seen a woman before and most don’t remember what their families looked like or even how to use a toilet. These children face enormous challenges with limited resources to help them.

UAE Spends $2.7 Million
After being shamed by the international community to ending its practices of child slavery, the UAE pledged $2.7 million to UNICEF for repatriation, rehabilitation and payment of back wages owed to the young boys. Yet stories of back channel travel home and inadequate medical attention have forced some human rights groups to demand better transparency for how these funds are appropriated. The boys returning to Pakistan, Sudan, Mauritania, India and Bangladesh all face very different realities, but all must quickly become accustom to their old language and culture in order assimilate back home.

The Best and Worst States in Protecting Foster Youth from Being Trafficked
What is in Your Chocolate this Halloween?
Before the Dust Settles: Earthquakes lead to Human Trafficking in Ecuador and Nepal
Human Trafficking and the Taliban