The ongoing political, economic and public health crisis in Brazil coupled with the near-total lack of preparation for the 2016 Rio Olympic Games makes this a challenging time for Brazil. Besieged by rumors of shoddy construction, insufficient funds and inadequate planning, the 2016 Rio Olympics have held the attention of the international media, documenting every misstep and violation along the way—yet little attention has been paid to the potential for human trafficking. 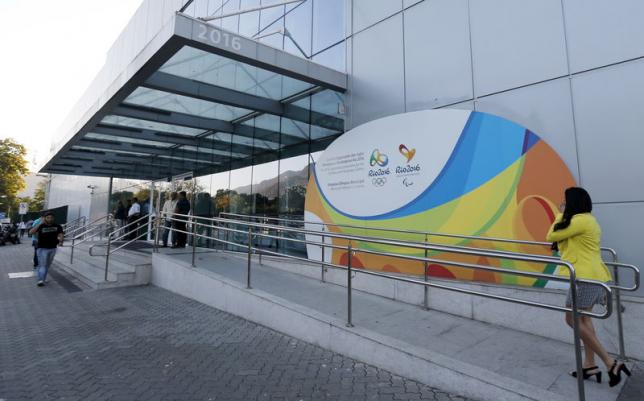 Frequently major international events such as the Olympics and the World Cup contribute to an increase in forced labor and sex trafficking in the country where the games are held. Sexual exploitation rose 30 percent in connection with the World Cup in Germany in 2006 and 40 percent at the World Cup in South Africa in 2010. Prior to the Sochi Winter Olympic Games in 2014, an estimated 70,000 migrant workers were brought to Russia. Many suffered long hours, unpaid wages, and overcrowded accommodation. Some saw their passports confiscated by employers. Unfortunately, the Olympic Games in Rio de Janeiro doesn’t seem to be much different.

Since 2014 when 2,500 construction workers refused to work at the site of the Olympic Village until their demands of paid overtime, fair wages and better living conditions were met, there have been multiple documented cases of forced labor. In 2015, an investigation by Brazil’s Labor Ministry found 11 workers living in squalor with “cockroaches, rats and sewage in the residences.” Earlier this year, a group of 75 former construction employees angrily demonstrated outside the Olympic Park, insisting they were never paid for working on the Olympic tennis venue. Most of the construction workers for the 2016 Rio Olympics came from the Northeast of Brazil, a region with the highest rate of poverty and unemployment in the country.

The Northeastern states are also home to the majority of sex trafficking victims—there are an estimated half million child sex workers in Brazil. This enormous number is only expected to increase this month with the massive influx of tourists for the Olympic Games. There are fears it may have already started with the recent rescue of eight teenage girls who were forced to work in a sex-trafficking ring near the Olympic venue. As the Olympic games progress it will be a reminder that human trafficking can occur at any point during the Rio Olympic Games—from the laborers who built the Olympic Village before the games to the sexual exploitation of locals during the 16-day event.

Michelle Lillie is a masters degree candidate at the Georgetown School of Foreign Service and a recent Boren Fellow in Rio de Janeiro, Brazil.

The Definition of Trafficking: How Abuse Survivors Realize They Have Been Trafficked
Words Matter: why we still struggle to fully implement a victim-centered approach to supporting tra...
Can Myanmar’s Libraries Help Combat Human Trafficking?
Is Prison Labor Hiding in Your Portfolio?