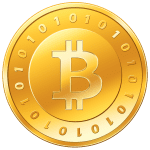 Bitcoin is the newest and arguably most popular digital currency to hit the Internet. Not tied to any government or backed by any international bank, this digital currency can be used to purchase goods and services online. Bitcoins are untraceable digital currency, which is appealing to human traffickers, drug pushers and arms dealers who operate in the illicit markets. The global illicit flow of goods, guns, people, and natural resources is estimated at approximately $650 billion and the large majority of the illicit economy is conducted online. Bitcoins allow traffickers to anonymously buy and sell women and girls for sex without the fear of legal repercussions.
Despite its unsavory role as a conduit for illicit markets like human and arms dealing, bitcoin is becoming an increasingly legitimate form of currency—stores in major international cities now accept the currency as legal tender. The first Bitcoin Brothel recently opened up in the United Kingdom, claiming that they turned to bitcoin as a currency when their clients were having problems with the lack of anonymity caused by credit cards.  Bitcoins are used to pay for everything from drugs to sexual services and users willingly accept the highly volatile currency exchange rate for the concealment  of their illegal transaction.

The lack of transparency in bitcoin interactions has helped exploit the growing illicit markets and provided a challenge for law enforcement when trying to rescue sex trafficking victims and prosecute traffickers. Drug cartels can easily launder money and human sex traffickers operate in near obscurity through online bitcoin transactions. To combat this problem Thomson Reuters and the International Centre for Missing & Exploited Children (ICMEC) created the Digital Economy Task Force, to address the best methods to curb illicit activities through the online financial market. Thomson Reuters isn’t the only private company to oppose the use of bitcoins, Apple recently removed a popular bitcoin app from its store due to the unregulated nature of the currency.

The legal and unregulated nature of bitcoin is the exact reason the FBI created the Virtual Currency Emerging Threats Working Group. Bitcoin has been investigated around the world for potential criminal activity and the FBI created the working group with the goal to find out how to best address these threats. The most recent example of bitcoin supporting a large criminal enterprise is the arrest of Ross Ulbrict (AKA Dread Pirate Roberts) who operated the website Silk Road, an illicit marketplace for drugs deals, money laundering, and human trafficking. At the time of the arrest Ross had netted an estimated $150 million in bitcoins. Until bitcoin and other unregulated, anonymous digital currency are forced to be held accountable, they will continue to profit by acting as a conduit between buyers and sellers in underground online black market.