Human Trafficking: Not All Black or White

Some argue that it is simple economics that causes racial disparities in trafficking—the demand for one race is higher than the demand for another. That could possibly explain why the percent of Asian American sex trafficking victims matches within one percent the racial makeup in the United States (four and five percent respectfully). Many traffickers are also savvy businessmen who are just trying to keep people that were marketable. In a recent Urban Institute study that looked at the economics of human trafficking, of the traffickers interviewed, the majority overwhelming believed that trafficking white women would make them more money but trafficking black women would land them less jail time if caught. Most of the traffickers interviewed had trafficked women and girls of different races since having a variety of products to sell was good for business. 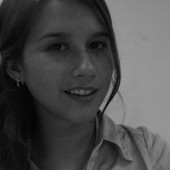