The Sexual Slavery of Yazidis by ISIS

In August 2014, ISIS attacked the largely Yazidi populated region of Sinjar, Iraq. The Yazidis are a minority group located primarily in northern Iraq, by the Syrian border. The Yazidi religion has aspects of Zoroastrianism, Christianity, Judaism and Islam, but differs in their belief in reincarnation and the idea that God put the world in the care of seven holy beings. Because of this, the group has been targeted heavily by ISIS, who label the Yazidis as devil worshipers. ISIS believes that because the Yazidis are not Muslims, they can be killed or used as property under their Islamic law. Concrete data on the 2014 attacks is limited, but multiple reports estimate that over 3,000 were killed and over 6,000 were kidnapped by ISIS. Women and small children were separated from the boys and men. While the males were mostly killed, the women and children were taken away as prisoners. Many of these women were sold to ISIS soldiers as sex slaves. There have been reports of systematic selling of Yazidis as sex slaves.  Women are sold in formal sex slave markets as well as online, where they are evaluated for their age, marital status, number of children, and beauty. 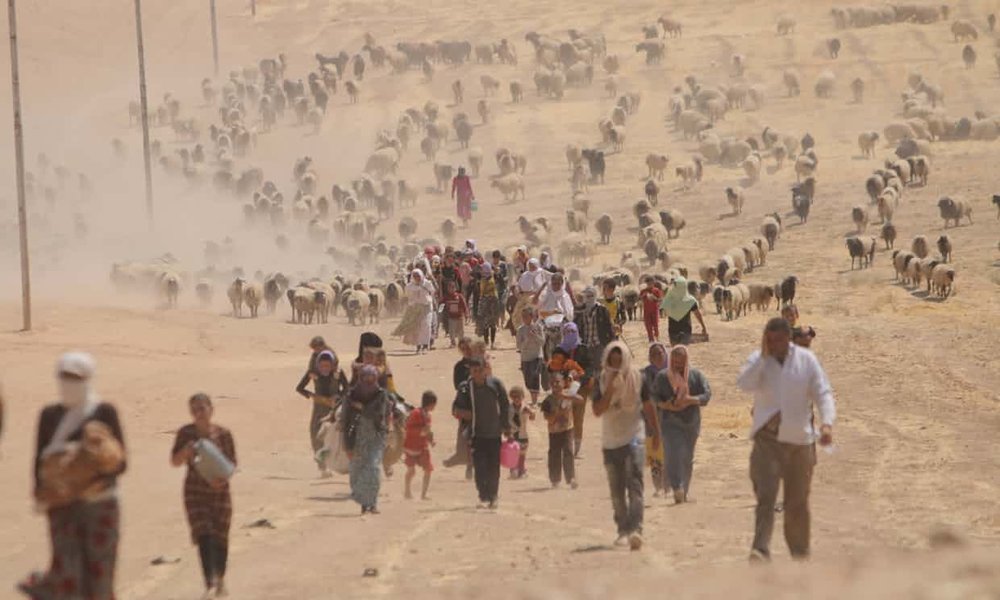 Some Yazidi women have escaped or been rescued from ISIS captivity. Germany has been at the forefront for providing psychological treatment and health care to these Yazidi survivors. Trauma specialist Jan Kizilhan, in partnership with Winfried Kretschmann, governor of the state of Baden-Württemberg, has pioneered a program to help Yazidi women heal from the physical and mental trauma inflicted on them during their enslavement. Over the course of 2015, Kizilhan and his team made multiple trips in to refugee camps in search of the most in-need women and girls to be part of the two-year program in Germany. More than a refugee resettlement program, this program holistically addresses the sexual abuse ISIS has inflicted on thousands of women and girls. Participants are given shelter, therapy, school and language classes, and a small stipend of spending money. The program currently can only accommodate 1,100 women, but is designed to be adapted for other locations and languages. Kizilhan is now training psychologists in Iraq and Syria to implement the program in their home countries. Other countries, like Canada, are beginning to prioritize Yazidi women in their resettlement programs.

Nadia Murad is one of the women the program has served. She was held by ISIS as a slave for approximately one month before she was able to escape. Though still traumatized by what happened to her, Murad is using her voice to advocate for the thousands of women and children still captive by ISIS. Murad has teamed up with human rights lawyer Amal Clooney to convince the UN to bring charges against ISIS for international crimes. Now a U.N. Goodwill Ambassador for the Dignity of Survivors of Human Trafficking, Murad is traveling the world urging the international community to support her fight and help victims of human trafficking. It is estimated that over 3,000 women and girls are still prisoners of ISIS.