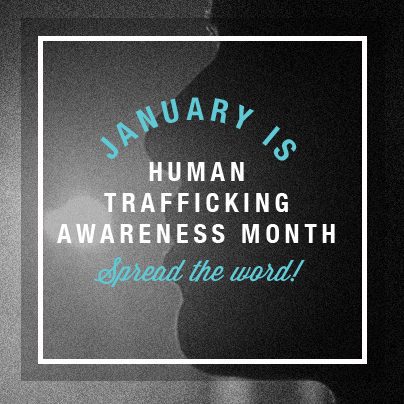 This January marks the fifth anniversary of “Slavery and Human Trafficking Prevention Month” in the United States. On December 31, 2011, President Obama declared that, “During National Slavery and Human Trafficking Prevention Month, we stand with the survivors, advocates, and organizations dedicated to building a world where our people and our children are not for sale.” This action helped bring attention to the fact that human trafficking is also a domestic issue that occurs right here in the United States. In the five years since President Obama made this proclamation, the federal government has expanded its domestic anti-human trafficking programs through various departments and agencies. The following three programs have had the greatest impact on increasing the government’s response to domestic victims of human trafficking.

The Department of Homeland Security Blue Campaign serves as the Department’s unified voice to combat human trafficking. The Blue Campaign is one of the government’s most active and influential federal programs that works at raising public awareness about human trafficking, and creating partnerships with non-governmental and private organizations. It offers training to law enforcement to help protect victims, and bring suspected traffickers to justice. The Blue Campaign is a public awareness campaign that focuses on the domestic side of trafficking. They also offer a website with resources such as a document library, campaign materials for educators, awareness training and videos.

The Department of Health and Human Services runs the National Human Trafficking Training and Technical Assistance Center (NHTTAC) which delivers training and technical assistance to inform and enhance the public health response to human trafficking. The NHTTAC takes a public health approach to human trafficking and helps to build the capacity of communities to identify and respond to victims of human trafficking. The NHTTAC strives to train medical and behavioral health practitioners, social workers, child welfare professionals and public health agencies in how to provide trauma-informed services. There is even a call center and a monitored email account for practitioners to speak with NHTTAC specialists.

The newest government initiative created to combat domestic trafficking is the Anti Trafficking Coordination Teams (ACTeams). This is an interagency effort between the Departments of Justice, Homeland Security and Labor that seeks to streamline federal criminal investigations and prosecutions of human trafficking offenses. The goal of the ACTeams is to bring subject matter experts from the three different agencies to ensure the human trafficking victim gets the best services possible. There are currently ACTeams in six different cities across the United States and in the next two years these are expected to be expanded even more.

In the five years since January became Slavery and Human Trafficking Prevention Month, the federal government has more than lived up to its word by establishing multiple outlets to educate the public and help domestic victims of human trafficking.

What is in Your Chocolate this Halloween?
Trafficking in Our Backyard: The Link between Trafficking and Immigration
The Department of State’s 2020 Trafficking in Persons Report
Mental Health Disorders and Sex Trafficking