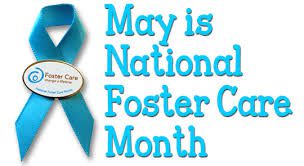 May is National Foster Care Month and in honor of that distinction, our first blog of the month will be dedicated to the connection between human trafficking and the child welfare system. Late last year, we published a blog called An Unholy Alliance: The Connection Between Foster Care and Human Trafficking which was also the title of a research paper the OLP Foundation presented at the 2013 University Nebraska-Lincoln Human Trafficking Conference. The research found that minimally half of the commercially sexually exploited children on the streets today were at one time living in foster care or a group home run by the state.
Since the research has been presented, the connection between human trafficking and foster care has become increasingly public—so much so that the President Obama’s Fiscal Year 2014 Budget Proposal allocated $10 million towards domestic human trafficking. Part of the $10 million goes towards two projects focused on effective housing solutions for children and youth survivors who are runaways, homeless or in foster care. This is double the $5 million that the president allocated in 2013 signifying the immensity of the problem. This year is also the first time the fiscal budget has associated vulnerable children in the language of runaways, homeless and foster care youth.

A childhood of abuse and neglect greatly increases the chances for children to be lured into commercial sexual exploitation. It is also what runaway, throwaway and foster care children have in common. When asked, “What is the typical victim [of CSE] you come across?” FBI Agent and leader of the Tampa Area Crimes Against Children task force Gregory Christopher said, “A lot of these kids are foster kids, runaway kids… I’d say about 70 percent or so are foster kids.”

Children and youth in the foster care system and those that run away from child protective services are more likely to become victims of CSE. The themes of childhood trauma, abandonment, and disruption are central to the stories of adolescents trafficked into commercial sexual exploitation. Survivor Ortiz Walker Pettigrew said in her written testimony before Congress that she spent for the most part, the first 18 years of my life in the foster care system, seven of those years as a child being sexually trafficked. Without families to work on their behalf, it’s much more difficult to rescue foster youths from sex trafficking and keep them out of the cycle.

During National Foster Care Month, please help us spread awareness of the nearly 400,000 children and youth in the foster care system and help keep them safe from human trafficking.