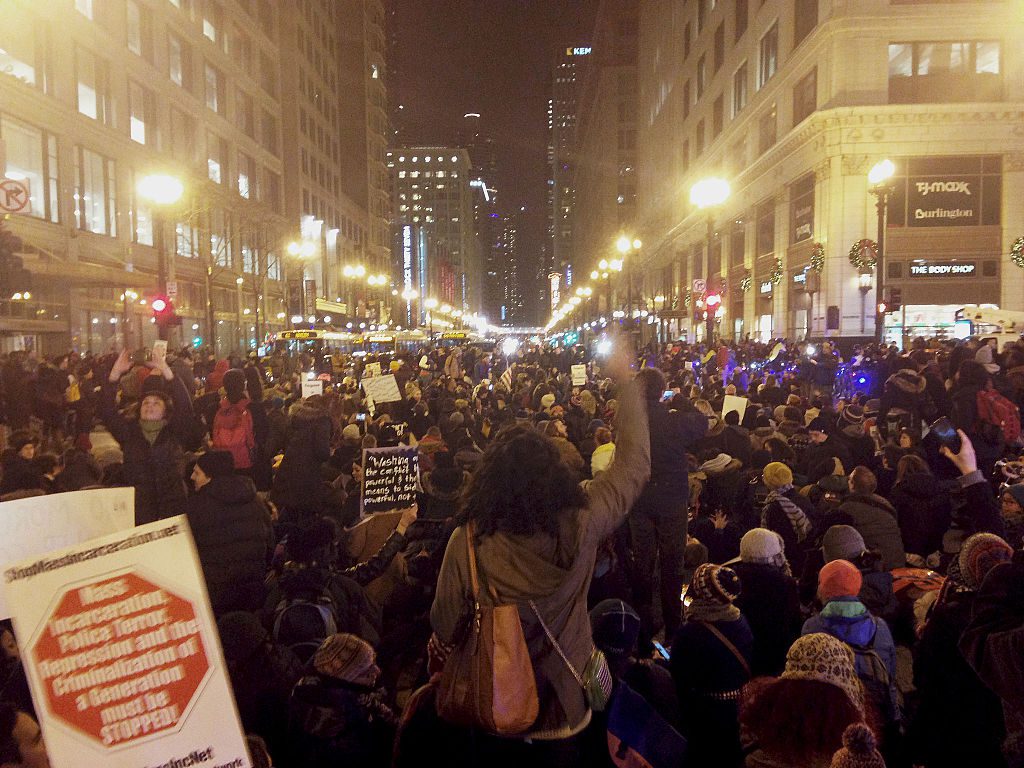 Amid the recent uproar over the unprosecuted deaths of Michael Brown and Eric Garner in the United States, two history professors, Dania Ramey Berry and Jennifer L. Morgan, recently incorporated slavery’s legacy into the discussion. The article, which was published in the online magazine The American Prospect, argues that as a society we have yet to “grapple with this history of slavery and its aftermath” and as a result black people in the United States continue to suffer under its legacies. This active avoidance of slavery’s legacies is in fact visible in a variety of sectors in our society, including advocacy around human trafficking.

Advocacy in the fight against human trafficking, frequently referred to as a type of “modern day slavery,” has grown exponentially in the last twenty years. In this brief period, the movement has gained an international treaty, hoards of national laws, an international watchdog in the form of one of the most powerful countries on earth, and an international movement. The reason for this quick and efficient rise to international attention is not sympathy for the issue alone. In their efforts to draw attention to this important issue advocates have employed savvy framing and marketing techniques, including comparing “modern slavery” to the transatlantic slave trade.

The transatlantic slave trade is a powerful reference point. Most audiences have a stock of general knowledge about the slave trade; powerful, negative imagery associated with it, including chains, whipping, and humans being sold at markets; and an established normative understanding that it is an evil practice. Taking advantage of these reference points, modern advocates frequently analogize to the slave trade. The analogy can be used for a variety of purposes, including bolstering the authority of the speaker, invoking a powerful call to action, or simply illustrating the depth of the problem.

However, referring to the transatlantic slave trade can be politically dangerous. The effects of slavery in the United States remain prevalent and contentious. For example, an overwhelming majority of whites in the United States do not think there should be reparations for slavery while a majority of blacks do. Individuals discussing historical slavery risk striking one of these nerves and being cast as complicit with the legacies of their ancestors. As a result it benefits those discussing human trafficking and “modern day slavery” to treat the transatlantic slave trade as an issue that is over and closed so as to not be obligated to tip toe around slavery’s contentious after effects.

This effort is visible in much of the advocacy around human trafficking. Slavery is framed as an issue that ended in 1888 when Brazil became the last Western nation to abolish slavery and then “re-emerged” starting in the 1990s. It is this separation that enables advocates to take advantage of the imagery of the transatlantic slave trade without having to address its problematic legacies in our society today.

Abuses that occurred after the abolition and emancipation of slavery, including indentured servitude, peonage, and exploitation under Jim Crow laws, meet modern definitions of human trafficking and slavery. By sidestepping them, human trafficking advocates are complicit in a process that actively suppresses or ignores a tragedy and its afterlife, which continue to play an active role in our society today; a society which Professors Berry and Morgan argue is one that does not value black lives. Human trafficking advocates should thus resist the tempting narrative that slavery has “re-emerged” in favor of telling its long and complex tale.