Some vulnerable migrants are struggling to access an online ID check system needed to get work and housing, rights groups say

LONDON, Aug 15 (Thomson Reuters Foundation) – Refugees and human trafficking survivors in Britain are being forced to choose between buying food or data to access an official digital identity check system for migrants, charities said, warning the scheme is putting vulnerable people at risk.

Some have lost out on jobs because they were not able to access the system, which confirms that a migrant has the right to live and work in Britain, support organisations said, adding that it could force desperate migrants into exploitative work.

Immigration solicitor Carita Thomas said one of her clients, a human trafficking survivor, went hungry because he had to prioritise buying mobile data over food.

“He was not eating properly and getting food out of bins in order to maintain the data package on his phone,” said Thomas, of the Anti Trafficking and Labour Exploitation Unit (ATLEU), a charity providing legal support for slavery victims.

“Many of our clients might struggle financially to maintain sufficient data packages and will now need to prioritise this over other important expenses … They cannot be without (data) because they can’t prove their rights otherwise.”

The Home Office, or interior ministry, in April replaced a system of physical residency cards with a digital verification process to confirm migrants’ rights to rent and work, which it said can crack down on illegal migration and identity fraud.

Instead of providing their permit cards, migrants must now use an online government portal to generate a one-off digital code, which is then shared with a potential employer or landlord to prove their immigration status.

The Home Office said it aims to phase out physical documents by 2024, and that the “vast majority” of migrants have access to digital devices.

“Where they do not, we have measures in place to support them, as well as offering additional assistance for those who do not speak English,” a spokesperson said in emailed comments.

But organisations that work with vulnerable migrants said the system is exacerbating digital divides, with those who are not digitally literate, lack devices, or cannot afford data costs left behind. 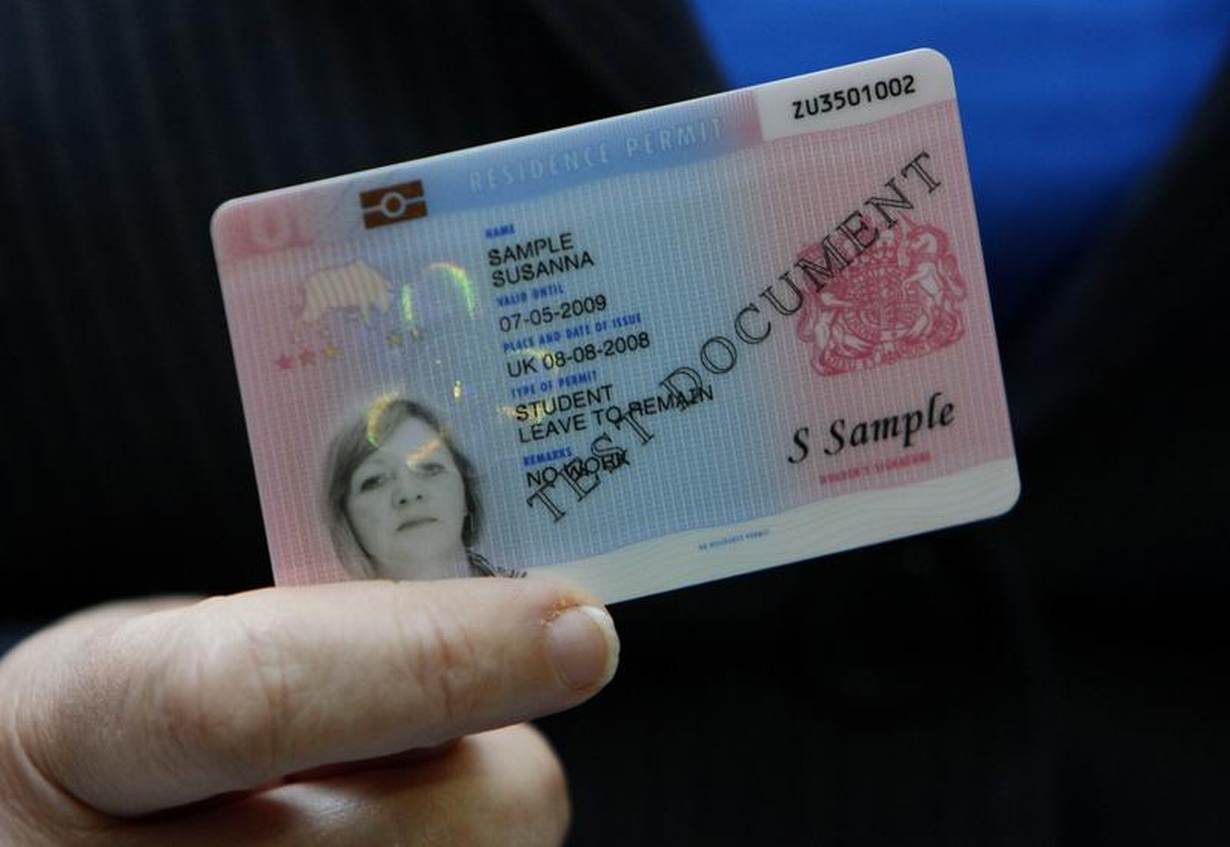 Britain’s Home Secretary Jacqui Smith holds a sample British identity card at a news conference in London September 25, 2008. Britain unveiled its new biometric identity card on Thursday which the government says will be vital in fighting illegal immigration and terrorism, while critics call it an expensive attack on civil liberties. REUTERS/Suzanne Plunkett (BRITAIN)

While governments across the world are adopting digital ID systems, the United Nations special rapporteur on human rights says they can exclude marginalised groups.

About 6% of British households do not have access to the internet at home because they cannot pay for broadband, do not own a phone or laptop, or have poor digital skills, said a March report by Ofcom, which regulates UK communications services.

For many refugees and trafficking survivors, data is simply a luxury while they rebuild their lives in a country grappling with soaring food and energy bills, in a cost-of-living crisis triggered by the Ukraine war and COVID-19.

People claiming asylum in Britain are not allowed to work until the government has verified they are genuine refugees, and in the interim receive free government-provided housing and a weekly allowance of about 41 pounds ($50) per person.

Once they are granted refugee status, they gain access to the benefits system and the right to work, but have only 28 days to find a new home – often in the private rental market.

This “move-on” period has left many refugees destitute, charities say, while the digital system adds another layer of bureaucracy for migrants already facing language barriers and grappling with paperwork to find jobs or rent homes.

Modern slavery victims have at least 45 days to transition to independent living after the government verifies their claim.

Some refugees using the government site are not sent codes due to technical errors, while others do not have computers or internet access, said Kama Petruczenko, a policy and research officer at the Refugee Council, a support organisation.

“We had clients who either had to stop working, or were offered a job but because of code problems their potential employer actually had to withdraw the offer,” said Petruczenko. 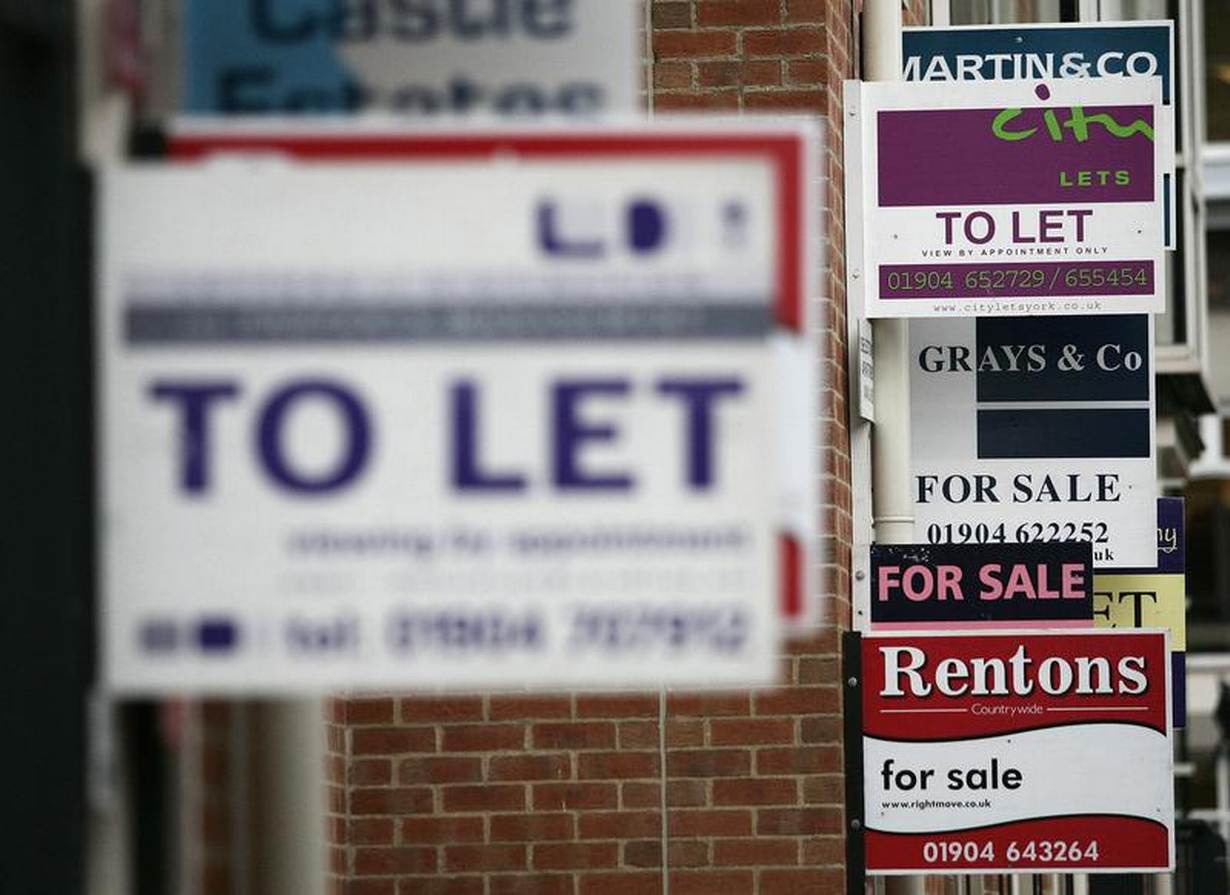 Boards advertising property for sale and rent are seen in York City centre, northern England, January 12, 2007. The Bank of England is reluctant to admit it, but Britain’s surging housing market may lurk behind Thursday’s shock decision to hike the cost of borrowing. REUTERS/Phil Noble (BRITAIN)

Charities including the ATLEU and the Refugee Council said phoning the Home Office for help often meant long waiting times or being told to ask prospective employers or landlords to solve the issue instead.

They said more call operators and non-English resources were needed at the Home Office to help migrants transition to the digital system, and that physical residence cards should still be accepted in some cases.

Experts warn that some migrants struggling with digital systems could turn to informal arrangements instead, leaving them vulnerable to abuse.

“If you put in all these obstacles, the easier option would be to accept a flat where there isn’t a contract,” said Mischa Macaskill, who oversees the employment and integration support programme at City Hearts, which helps trafficking survivors.

“If there’s a guy around the corner offering you cash-in-hand to do a bit of work, you’ll automatically feel safer doing that option.

“It just increases the vulnerability, which ultimately could lead to them being exploited.”