Organ traffickers profit in the shadows, while their destructive medical footprint is the only thing that is felt. It leaves vulnerable populations, aka “donors,” and first world beneficiaries, aka “recipients,” open to severe exploitation and a lifetime of health consequences.

This form of illicit trade also leaves the private sector, in particular the financial industry, susceptible to being an unknowing conduit for its facilitation. Although, with the right training and raised awareness, financial institutions may play a pivotal role in unmasking organ traders by way of the financial trail they leave behind.

When describing organ trafficking, there is often confusion as to how this crime can happen. Global Financial Integrity (GFI) estimates that 10 percent of all organ transplants including lungs, heart and liver, are done via trafficked organs.1 However, the most prominent organs that are traded illicitly are kidneys, with the World Health Organization (WHO) estimating that 10,000 kidneys are traded on the black market worldwide annually, or more than one every hour.2

Once obtained, trafficked organs can be transplanted to recipients in the most reputable of hospitals in major cities throughout the world but makeshift operating rooms in houses have often been the clandestine locations for such transplants.

Traffickers orchestrate the recruitment of the donor often from a place of vulnerability, and victims are not necessarily properly screened for their qualifications to be a healthy donor. Desperate patients in need of an organ may fall prey to a trafficker who could be posing as a “reputable” representative of an altruistic organ matching organization. Financial exploitation plays a key part in both sides of this scenario. In addition, organ traffickers could also be involved in other forms of human trafficking, such as sex and/or labor trafficking. Cases are emerging where an organ donor may have been a victim of sex trafficking and/or labor trafficking as well as a victim of organ trafficking, creating a multi-level equation of exploitation. The term “transplant tourism” is often utilized in describing this crime, as defined by the Declaration of Istanbul:

“…travel for transplantation that involves organ trafficking and/or transplant commercialism or if the resources (organs, professionals and transplant centers) devoted to providing transplants to patients from outside a country undermine the country’s ability to provide transplant services for its own population.”6 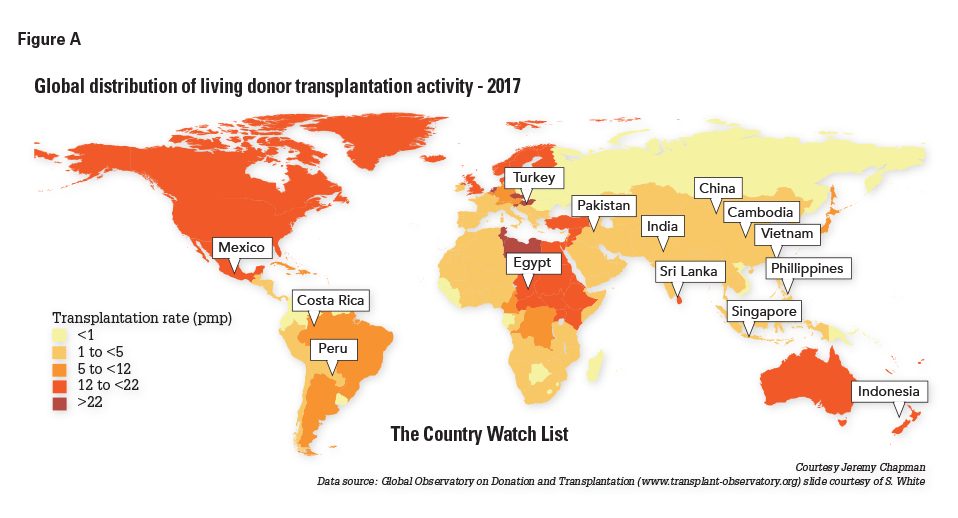 “Trafficking in persons’ shall mean the recruitment, transportation, transfer, harbouring or receipt of persons, by means of the threat or use of force or other forms of coercion, of abduction, of fraud, of deception, of the abuse of power or of a position of vulnerability or of the giving or receiving of payments or benefits to achieve the consent of a person having control over another person, for the purpose of exploitation. Exploitation shall include, at a minimum, the exploitation of the prostitution of others or other forms of sexual exploitation, forced labour or services, slavery or practices similar to slavery, servitude or the removal of organs.”7 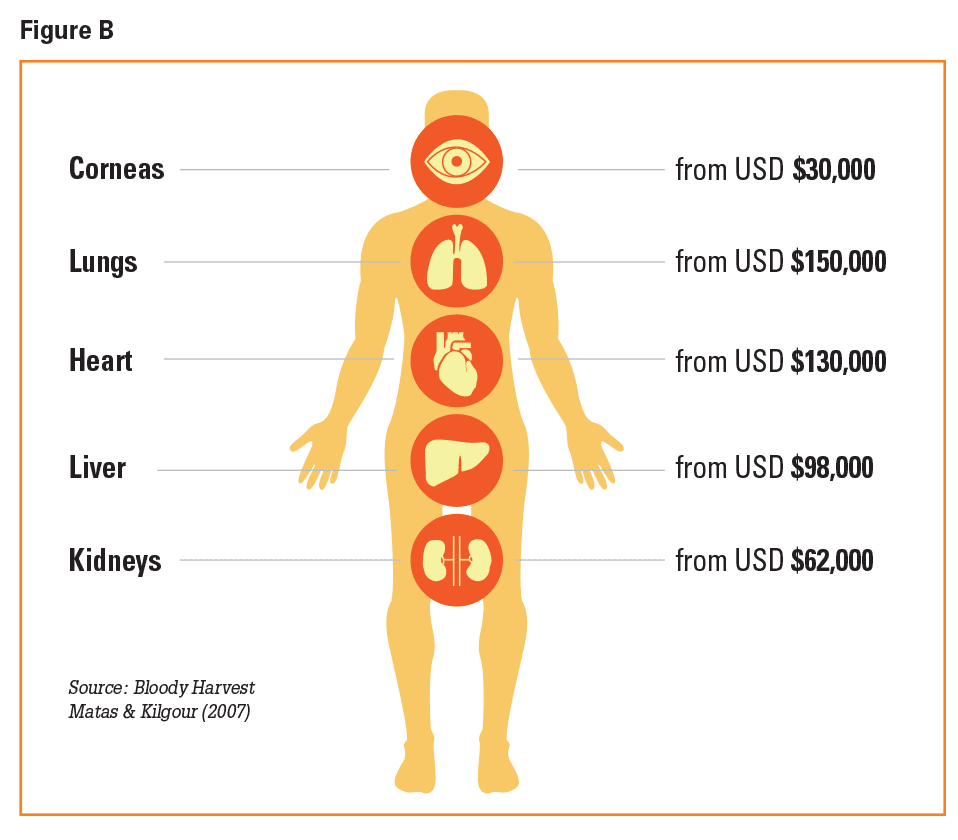 In most countries, the buying and selling of organs is illegal (e.g., Iran is the only country in the world where buying and selling an organ is legal but this exception only applies to its citizens). Conversely, there are few laws that restrict an individual from leaving one’s country to obtain an organ from someone abroad. In fact, there are many companies that cater to “transplant tourism” but purport to only match up recipients with donors who are willing.

It is difficult to know exactly how much transplant tourism generates annually worldwide but it is estimated that the illegal organ trade conservatively generates approximately $840 million to $1.7 billion annually, according to GFI.8

Unfortunately, even with estimated flow of funds crossing $1 billion annually, it is difficult for both law enforcement agents and anti-money laundering (AML) professionals to detect related financial activity. This is due to a myriad of factors such as a lack of domestic laws deterring citizens from travelling abroad, the transnational nature of the crime, and the savviness of the purveyors who know the laws related to organ trafficking well enough to circumvent them by way of shell companies and sanitized (legal) offerings via public websites.

While it may be difficult for banks to detect financial transactions related to organ trafficking, it is not impossible as there are some indicators available. These red flags could include the following indicators and may be innocuous on their own but when combined, could present potentially suspicious behavior:

One thing to keep in mind is that while traveling abroad to obtain an organ may be legal in certain countries, associated financial transactions would still be considered reportable in many jurisdictions as the act of purchasing an organ may be illegal within their country of citizenship. This stance gives AML professionals an interesting perspective above and beyond that of law enforcement as they are in a position to offer up intelligence that law enforcement agencies may have no insight on, nor a requirement to.

One example of how awareness is being raised, within the context of AML and organ trafficking, is through the Project Protect initiative in Canada, launched by AML guru, Peter Warrack, in 2016. While initially designed to address sex trafficking, Project Protect was expanded to cover organ trafficking at the request of Dr. Francis L. Delmonico, M.D., professor of surgery at Harvard Medical School in 2018. The expansion is now known as “Project Organ” and its goals are similar to that of the original project, as it seeks to raise awareness and increase reporting to Canada’s national FIU, the Financial Transactions and Reports Analysis Centre of Canada.

“The DICG has been an effective group of international colleagues monitoring illegal practices by their awareness of patients who return to their home country for sophisticated medical care following an organ transplant. Notifying the responsible authorities has led to the arrest of organ traffickers in Israel, China, Pakistan, India, Costa Rica, Egypt, and the United States.”

In addition, the Council of Europe has adopted a Convention Against Trafficking in Human Organs in 2014 which recently went into effect in January of 2018.9 This is a critical development as the first legal mechanism with a more universally agreed upon definition of organ trafficking.

More recent events, such as the February 2017 Summit on Organ Trafficking hosted by the Pontifical Academy of Sciences in Vatican City, have also shed light on the state of the organ trade.

As of today, the extent of organ trafficking is still unknown as to the number of such transplants performed annually. Furthermore, the full integration of the issue within the human trafficking field as a whole is still lacking.

In order to effectively combat organ trafficking and also raise its visibility among other forms of transnational organized crimes, it is vital to engage in effective public-private partnerships. The private sector, including the financial industry, can be essential in this global fight.