For many sex workers in Mumbai’s Kamathipura red-light district and across India, movie hit and Netflix release ‘Gangubai Kathiawadi’ has struck a chord as they fight for their rights

MUMBAI, May 19 (Thomson Reuters Foundation) – The brothels look brighter, the alleyways are cleaner, and a stirring soundtrack accompanies the protagonists, but a new Bollywood film set in Mumbai’s red-light district has struck a chord with India’s roughly 1 million sex workers.

“Gangubai Kathiawadi” is a biopic telling the story of a sex worker of the same name who went from being a young trafficking victim to fight for the rights of women working in the trade in the 1950s – a battle still being fought today.

“We saw the film carefully, minutely. There have been so many films on women like us, but none that raised these issues,” said Kiran Deshmukh, president of National Network of Sex Workers.

“People believe what they see in Bollywood films. And this film has shown that sex work is work and that this work helps us live our lives and feed and raise our children,” Deshmukh told the Thomson Reuters Foundation.

Sex workers are one of India’s most marginalised groups.

While prostitution is legal in India, most related activities such as soliciting, pimping and running a brothel are crimes, meaning sex workers face frequent run-ins with the police. 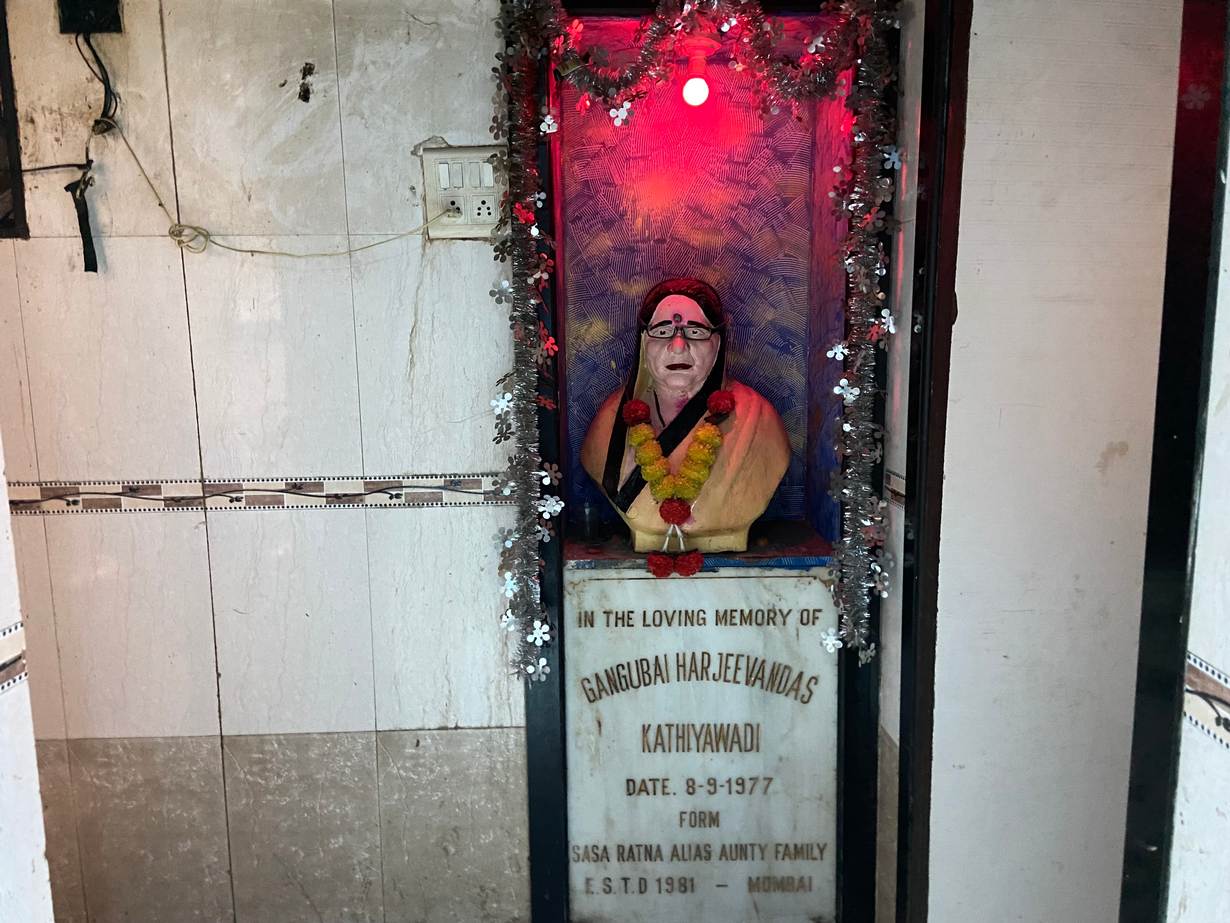 A bust of brothel keeper and sex workers’ rights champion Gangubai Kathiawadi inside a brothel in Mumbai, India, May 10, 2022. Thomson Reuters Foundation/Roli Srivastava

Most are unable to vote, open bank accounts or access state subsidies for food because they lack the necessary identity documents, and many end up trapped in debt after taking out loans from unscrupulous private moneylenders.

“We’ve struggled for 30 years to have women of Kamathipura open bank accounts,” said Priti Patkar, founder of Prerana, a nonprofit that works with the children of sex workers, helping them secure school admissions.

But the COVID-19 pandemic has given impetus to calls for sex workers to be recognised as part of India’s vast informal labour force, and the release of “Gangubai Kathiawadi” has coincided with signs of progress.

Last year, the Supreme Court ordered the federal and local governments to start issuing ration and voter cards to sex workers, and in Mumbai – India’s financial capital, where the film is set – work is already underway.

The film, which was also released on Netflix last month, has come at an “opportune time to continue the conversation,” said Aarthi Pai, general secretary of the nonprofit Sangram, which works with sex workers.

Calling it a “feminist film”, Meenakshi Shedde, independent film curator and South Asia delegate to the Berlin Film Festival said the movie – directed by Sanjay Leela Bhansali – was more powerful because it was a biopic. 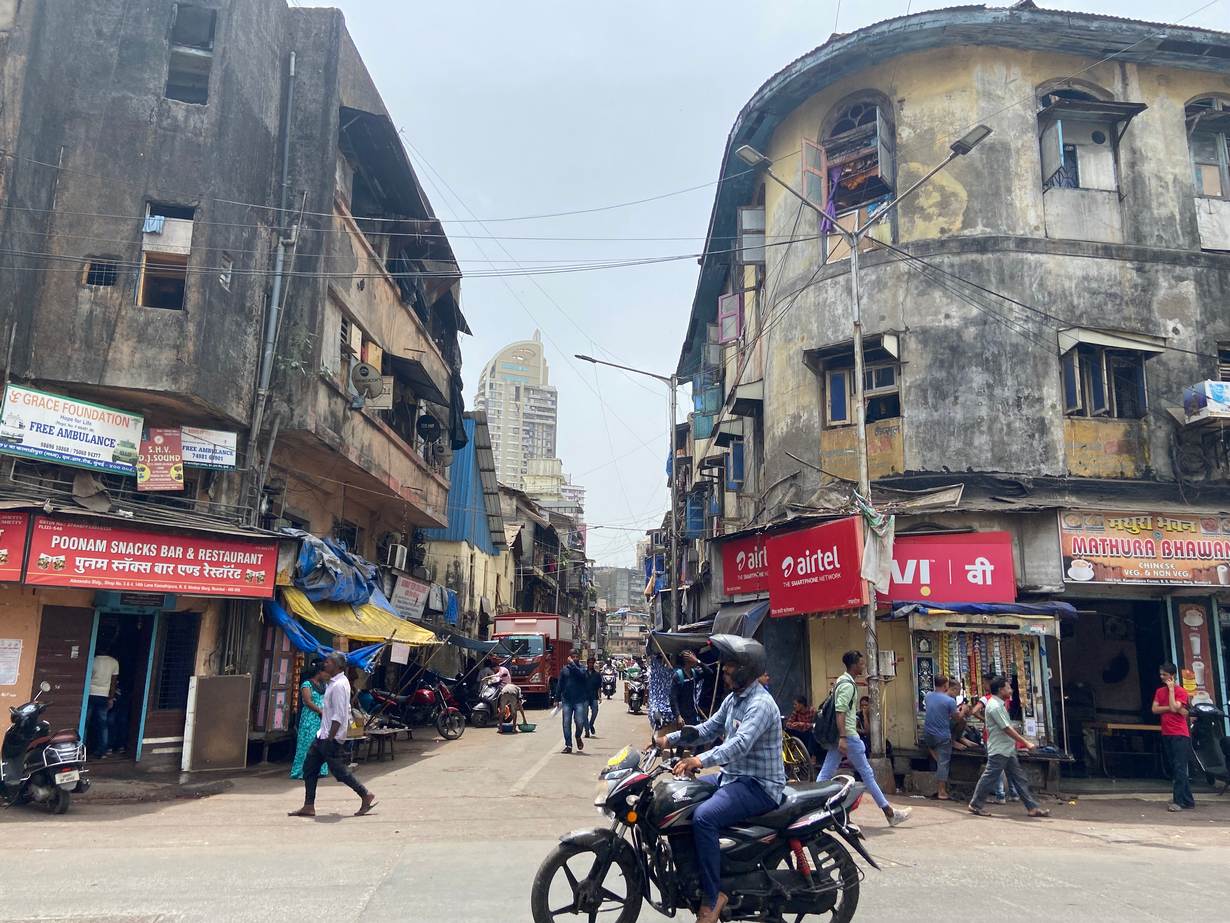 She highlighted a scene showing Gangubai, who went on to become a powerful madam or brothel boss, gathering the brothel’s workers together and telling them to take time off to catch a film.

“This is interesting to see in a mainstream masala film. I am not aware of an Indian film to show a sex worker with such agency at the political, legal and also financial level,” Shedde said.

Actor Seema Pahwa, who plays a brothel madam and young Gangubai’s boss in the movie, said she had been overwhelmed by sex workers’ response to the film during a special screening she attended with them.

She said she hoped the film would raise awareness about sex workers’ rights, including within the profession, and act as a catalyst for further gains.

“This is a big role media has to play … to create awareness,” she said.

“It is sad that issues raised so many years ago are still relevant,” Pahwa added.

Far from the Bollywood razzmatazz, in a brothel in a dark narrow alley of the Kamathipura area, Rukhsana Ansari, 40, and other sex workers have been watching snippets from the film on their smartphones.

Sex trafficked more than two decades ago after both her parents died, Ansari recalled being sold into a brothel for 10,000 rupees ($129) and said she was struck by the parallels between herself and the film’s main protagonist.

“We were both cheated, we both tried running away from the brothel and I too scored some victories: I refused to wear skimpy clothes and drink alcohol. Like her, even I survived,” she said, her left arm covered with scars from self-inflicted wounds that she sees as a reminder of her fight to survive. 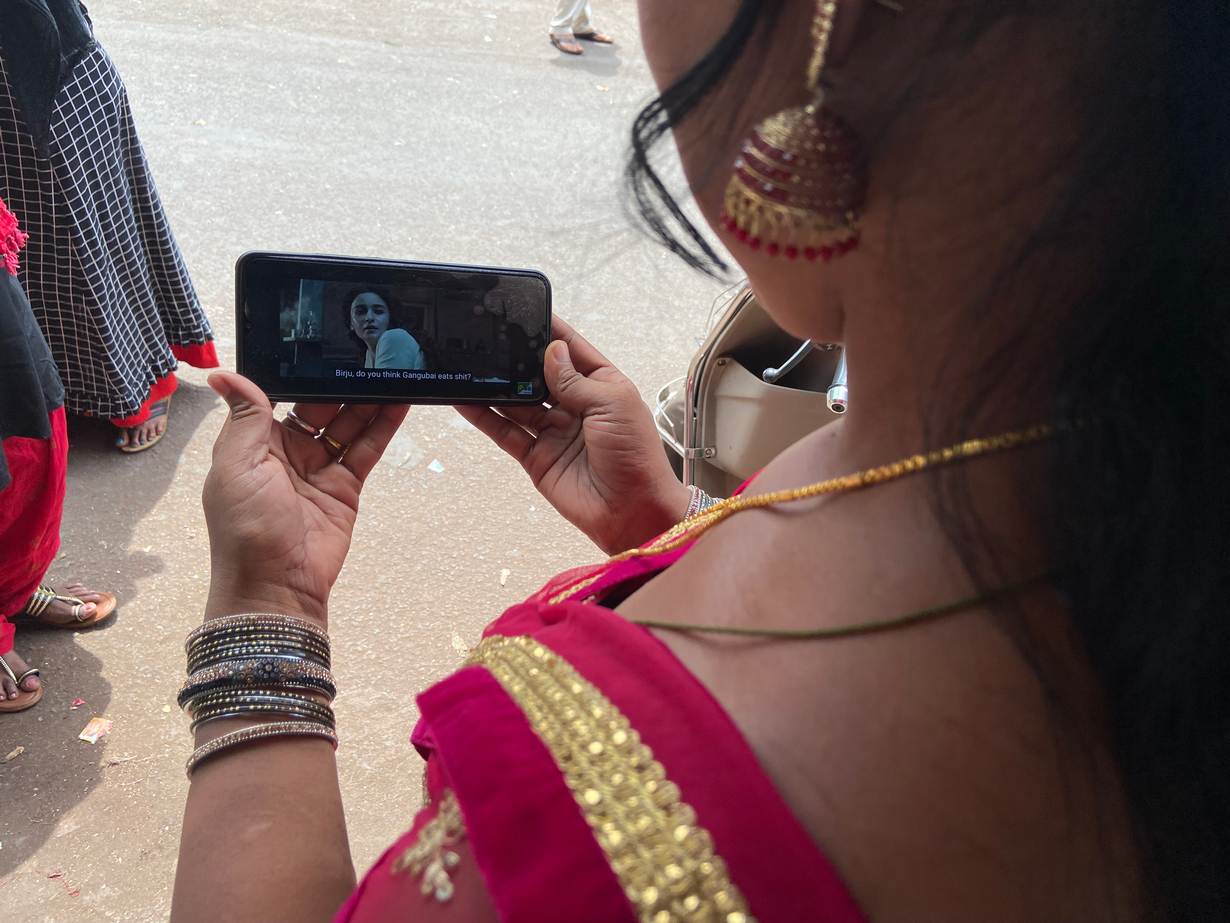 Thousands of sex workers in Mumbai and those from other cities such as Sangli and Solapur were invited to watch the film in cinemas in screenings sponsored by nonprofits, while others bought tickets themselves for an unusual trip to the movies.

Many were inspired to visit Gangubai’s former home in Kamathipura.

“Hundreds have come here since the film’s release. They ask me the same things: if she was indeed the person they showed in the film. If her story is real,” said Sapna, who lives in Gangubai’s house, and gave only her first name.

A statue of the women’s rights champion adorned with a flower garland stands at the end of a corridor.

Deshmukh, who also felt inspired to visit Gangubai’s house after watching the film, questioned its rose-tinted treatment of the district, however.

“Even Gangubai’s bathroom is so big it could accommodate a bed for a woman to do business,” she said.

“The film was real, so her place of work should have also been real.”

(Reporting by Roli Srivastava @Rolionaroll; Editing by Helen Popper. Please credit the Thomson Reuters Foundation, the charitable arm of Thomson Reuters, that covers the lives of people around the world who struggle to live freely or fairly. Visit http://news.trust.org)