Over two months have passed since Dr. Haleh Esfandiari’s groundbreaking piece highlighting ISIS’s cruelty towards women and the little media attention the issue was receiving. Since that time the crisis has received a great deal of media attention but there is little evidence to show that the crisis itself has improved. On the contrary, story after story has emerged describing brutal instances of trafficking, sexual slavery, and forced marriages.
While the precise number of people being held is unknown, in August alone, ISIS is estimated to have kidnapped 2,500 Yazidi women. Since then, Kurdish authorities have rescued just 100 of these women, all of whom had been raped. In October, United Nations researchers confirmed that 5,000 – 7,000 women were being held by ISIS.

As a part of the systematic abduction and abuse, reports have emerged of both sexual slavery and forced marriages. In a report on the protection of citizens in Iraq, the United Nations describes the account of one young girl who was abducted, raped several times by different men, and then sold in a public market as a sex slave. The report describes several instances of sexual slavery, stating that some women and girls were sold to induce fighters to join ISIS. 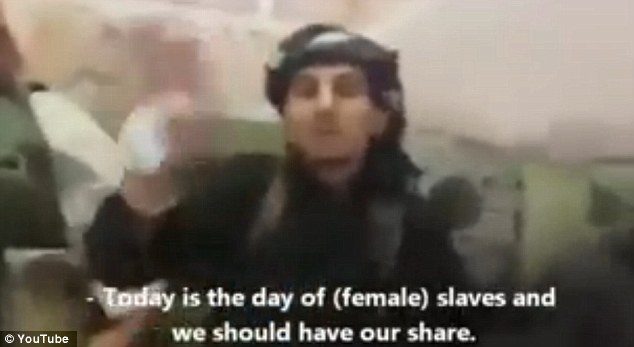 This month, footage was released of ISIS fighters bartering for female slaves. In the clip a man explains it is “slave market day.” Other men negotiate prices depending on the appearance of the girls, one asking, “If she doesn’t have teeth, why would I want her?” In the clip there are several references to Sharia law and Islam as a source of authority for the practice of taking slaves. These references are in line with an article ISIS published in October justifying its use of women as sex slaves with Islamic theology. The article states that the practice is a “firmly established aspect of the Shariah, or Islamic law.” A letter by over 120 Muslim scholars in September contradicts this, stating that slavery is forbidden in Islam.

This crisis has also highlighted the gray line between slavery and forced marriages. Human Rights Watch has reported many instances of forced conversions and marriages conducted by ISIS. One witness saw girls as young as 12 or 13 forced into marriage with ISIS fighters. ISIS has also used forced marriages as a threat against female fighters. In a letter, ISIS representatives said they would forcibly marry any female member of the Kurdish militia that they captured.

There have been local efforts to rescue and aid the women, but Human Rights Watch has reported that the trauma services for the Yazidis is scarce. The Kurdistan Regional Government has called on the international community to help the abducted women. Recently a Senior Research Fellow at the Centre for Gender and Violence Research reported the need for both gynecologic and psychological treatment for the victims. Dr. Nazand Begikhani states:

In addition to physical wounds, the women have suffered severe psychological trauma. The situation is distressing and requires an urgent need for explicit psychological as well as gynecological treatment.

The international community should take the case seriously and address intervention strategies with urgent implementation measures.