In September 1989, 17-year old José Pereira Ferreira and a coworker tried to escape from a rural farm. At the farm they and 60 others were forced to work without pay and in inhumane conditions. After fleeing, Pereira and his coworker were ambushed by employees of the landowner. Pereira was shot in the hand and face and his coworker was killed. Pereira pretended to be dead as the gunmen wrapped his and his coworker’s body in canvas and dumped the bodies at the side of a highway. Pereira was able to walk to the next estate to ask for help.

Afterwards Pereira bravely decided to denounce the working conditions at the estate, and his former coworkers were freed by the Federal Police and given money for their return home. A few years later, several nongovernmental organizations took up Pereira’s case, forcing Brazil to acknowledge the existence of slavery, especially in the country’s rural areas and farms, and to commit to preventative measures.

From then on Brazil has engaged in a number of governmental, civil society, and private sector initiatives aimed at eradicating slavery. For example, in 1995 the government created a Special Mobile Inspection Group (GEFM), consisting of labor inspection teams which investigated complaints with the aim to free workers and prosecute abusive employers. As a result over 32,000 workers were freed from abusive and coercive labor conditions from 1995 to 2008. 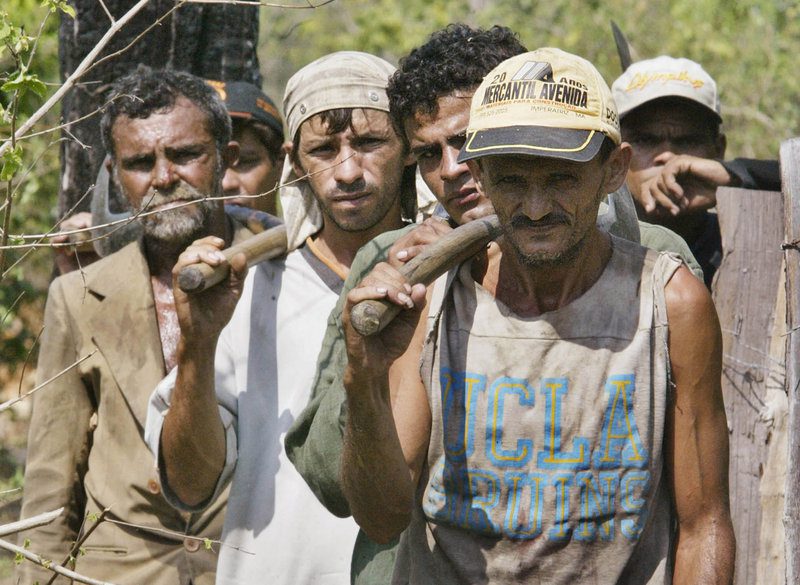 Perhaps Brazil’s most controversial initiative has been the lista suja or “dirty list.” Enacted in 2004 by Ministry of Labor and Employment (MTE) Decree No. 540/2004, the dirty list is a register of employers (both people and legal entities) caught exploiting workers under abusive and coercive conditions. Between 2004 and 2014 300 companies were included on the list.

The process of including an employer on the list goes as follows:

In addition, Decree No. 1.150 of the Ministry of National Integration (MIN) recommends that financial bodies under MIN supervision refrain from granting “financial or any other form of assistance with resources” to those who appear on the list. As a result, a number of banks, and even other private businesses, have resolved not to do business with companies on the dirty list.

Throughout the years the list has undergone many constitutional challenges from employers. For example, it was held up by the Regional Labour Tribunal of the 10th Region in 2006. Most recently, in September 2014 the Superior Court approved a preliminary injunction, suspending the ordinance behind the dirty list, finding it unconstitutional. However, earlier this year the Ministry of Labour and Employment issued a new ordinance to circumvent the Superior Court’s decision. The new system will provide more legal guarantees for those being assessed by the labor authorities, in order to address some of the Superior Court’s decision.