From registering refugees to managing the needs of intake centers in Poland and Moldova, Israeli tech firm monday.com is helping aid workers optimize

Israeli support during emergency situations abroad usually includes medical teams, aid workers from nonprofits and sometimes even military units that enlist to help in cases of earthquakes and other disasters. It is less common, however, to see the private sector take part in emergency work, or in this case – a hi-tech company that is harnessing its technology to help refugees from the war in Ukraine.

The intake centers in Poland, near the Ukraine border, are flooded with thousands of people every day – mostly women and children, exhausted from a long journey, stunned by the sudden collapse of their lives. Meanwhile, thousands also leave these centers every day, continuing their search for safety amid great uncertainty. We are now in the fourth week of the war, and some two million refugees have crossed the border into Poland thus far.

At these centers refugees receive food, shelter, and first aid, after dozens of hours of exhausting waits at the border. Apart from many thousands of refugees, every such intake center also has hundreds of volunteers from countless organizations, which turns the logistics of running such a place into an incredibly complex proposition.

“These centers mostly operate with no order, with little government involvement. The military operates the logistics, but anything to do, for example, with driving the refugees to their next destination, is done with signs and shouting,” says Anton Deriz, an Emergency IT Manager at the Israeli firm monday.com.

The Israeli startup monday.com develops a “Work OS” that allows organizations to manage teams, projects, business processes, and more. It has placed the tech it has developed at the disposal of its emergency aid team, which is part of its social and corporate accountability arm.

“The goal of the team is to reach the area where the crisis is as quickly as possible, and see how we can help the NGOs on site with our technology. For the first day or two we examined the operations at the site, try to understand what the main challenges in the field are, and then within a few hours we adjust our system to the local needs, so they can better manage the event,” Driz explains.

“We arrived at the Polish-Ukrainian border area four days after the war broke out. We saw that there was an immediate need for an orderly system to do intake of refugees and keep an organized registry of them. So we started and built a refugee management program,” says Driz.

He says that monday.com is currently operating at three out of ten refugee centers in Poland, and is in touch with the Polish government to integrate the system into all the centers, voluntarily and profit-free. This system also enables the management of volunteers, of whom there are hundreds at each center, and all the organizations in charge of logistics update the camps’ needs in real time, preventing a situation in which unneeded supplies are wasted.

As we speak, monday.com’s team in Poland includes nine people, and Driz says that so far 25 people from the company have also come to help. Another monday.com team is in Moldova, working in cooperation with Israid.

“Moldova is in a different situation than Poland and there is fear of a future invasion by Putin,” says Chen Raviv, a team leader with monday.com’s aid efforts. “There are dozens of refugee intake camps here, and amazing volunteer efforts by locals.”

According to the UN refugee agency, as of last week over 300,000 refugees crossed the border into Moldova, with about a third remaining in the country. “Moldova is preparing for long-term integration of the refugees,” says Raviv, “and among other problems, they are lacking a lot of information about those arriving – some people arrived without any identifying documents.”

To this end, Raviv says, monday.com has developed a system that can produce a digital ID card so that the refugees can go and get various services intended for them within the centers – ranging from equipment to food. In Moldova, like in Poland, an effective system for registering arriving refugees was also sorely needed.

The most pressing issue, and one that is relevant in both countries, is the threat of human trafficking. As noted, most of the refugees are women and the possibility the situation will be exploited by criminal forces is real.

Driz explains the situation: “At the centers where we operate in Poland the traffic stands at about 5,000 to 9,000 refugees a day. Thousands of refugees pass through, going on to their next destination, and there is no orderly transport system. The refugees receive rides from hundreds of volunteers in the camp. From time to time the police come and say: ‘If you see this driver, don’t let him near the refugees.’” 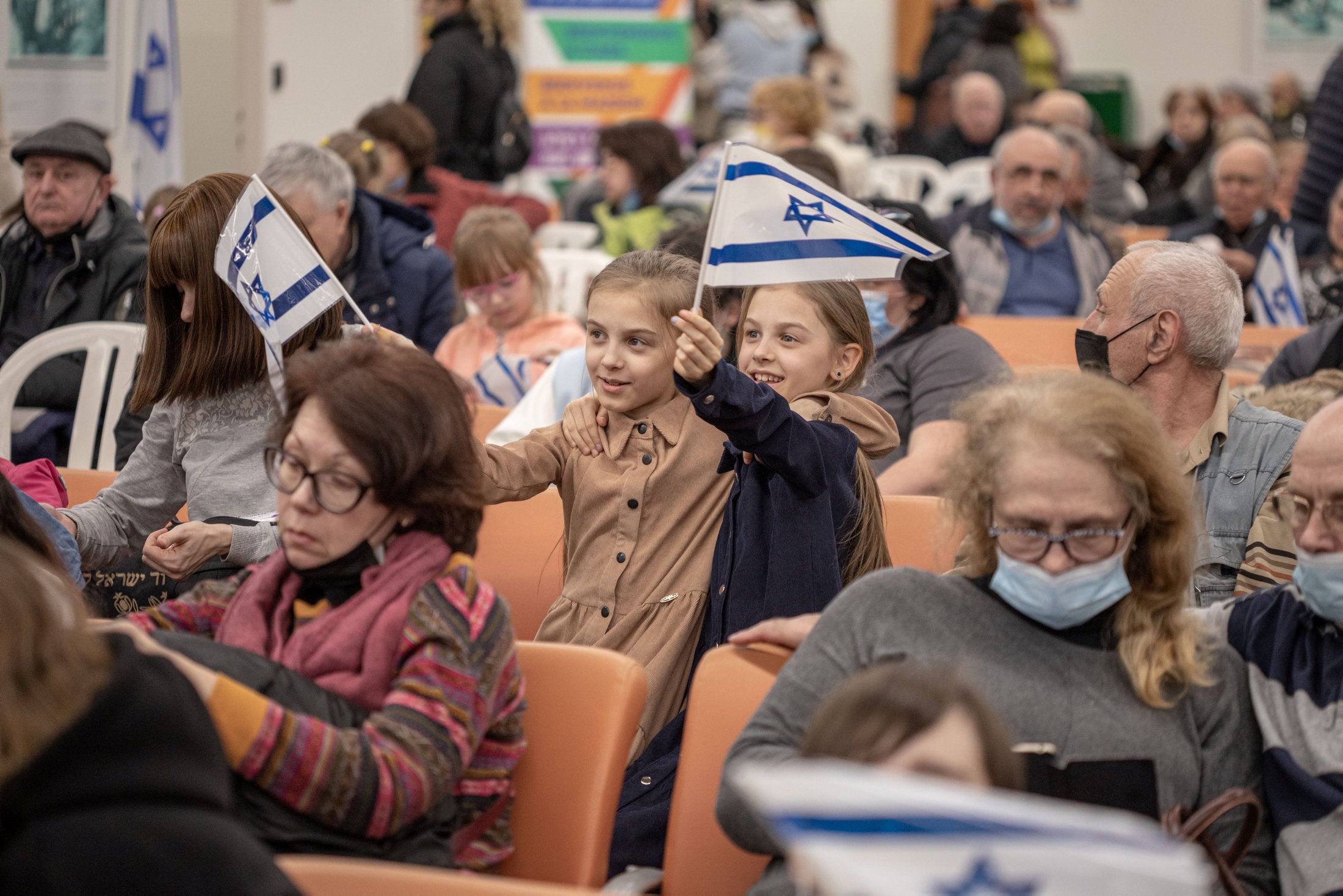 In other words, there are those who exploit the refugees, and instead of taking them to the promised destination, kidnap and traffic them. “We were shocked by the exploitation and cruelty. How can you create a disaster on top of a disaster like that?” says Raviv. “We tried to think what we could do, and consulted the monday.com employees, who receive daily updates from the field.

He says that “we decided to create a system to register drivers. Within 12 hours we integrated our system with an Israeli company that enables us to verify the drivers’ ID cards. In addition, the system is connected to Interpol, so we can check their criminal history. If the driver has a criminal record, they are sent home.”

The system includes not only a registry of drivers, but also their “match” – matching the refugees with drivers reaching their desired destinations. The meaning is that the system collects valuable information, constantly updating all over the map of Europe, tracking where the refugees went after leaving the initial intake centers in Poland. It also knows when the refugees leave the center, and so the aid workers can know how many people are in the camp, and plan logistics accordingly.

“We ask the refugees for their final destination, and so we are actually the only system that can understand their spread across Europe. This means that in the future, if someone wants to know where the refugees are, we will be able to say what where everyone went and also what the trends were, meaning who arrived in Berlin, who in Amsterdam, who elsewhere,” Driz explains. “We’re mostly behind the scenes,” he adds. “We have no contact with the refugees, but we’re still present here. They were uprooted one fine day with a small bag and a child in tow, with no clue where they’re headed. It’s not starting from scratch, it’s starting from a deficit. It’s fleeing a trauma.”

Children's Work in Cambodia: A Challenge for Growth and Poverty Reduction
Millions of women and children have fled the war in Ukraine. Traffickers are waiting to prey on them
Global Estimates of Modern Slavery: Forced Labour and Forced Marriage
Model Guidelines on Government Measures to Prevent Trafficking for Labour in Supply Chains